The V Foundation for Cancer Research, a top-rated cancer research charity, through the Stuart Scott Memorial Cancer Research Fund and in collaboration with the Lung Cancer Initiative of North Carolina, the state’s leading nonprofit organization dedicated to lung cancer research and education, is excited to award a Designated Grant for $300,000. Funding from The V Foundation comes from the Stuart Scott Memorial Cancer Research Fund, which honors the late celebrated ESPN sportscaster and University of North Carolina graduate Stuart Scott and assists some of the most vulnerable and disproportionately impacted communities battling cancer.

Since 2008, Lung Cancer Initiative of North Carolina has funded over $1.6 million towards lung cancer research. 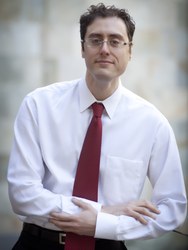 Lung cancer causes more deaths than the next three cancers combined, and small cell lung cancer (SCLC) is the most aggressive type. Lung cancer disproportionally affects African Americans. Existing therapies prolong life, but only by months, and at the cost of substantial side effects. Within the immune system, T cells are particularly important for fighting cancer, but in patients with SCLC, neither the native immune system alone, nor with augmentation with existing immunotherapy, controls cancer durably. CAR-T is an exciting new technology that modifies a patient’s own T cells to recognize and attack cancer cells that bare a particular marker. This technology has revolutionized the care of some lymphomas and leukemias, including cures.

We have made a CAR-T for the treatment of Glioblastoma Multiforme because it bears a particular marker, GD2. 60% of SCLC also has GD2 and so we hypothesize that for these patients, GD2-directed CAR-T could provide dramatic tumor regression. Our cancer center has committed funding to a clinical trial if we can provide the necessary data to support it. More specifically, we would like to treat animal models of human SCLC with the proposed therapy to see if it is safe and effective. We would study where the CAR-T cells go and how well they kill cancer cells. The CAR-T contains a safety switch in case of side effects; we would test to make sure that it works. During the resulting human trial, we also seek funding to assess where the T cells go.