Dr. Jeffrey Clarke’s Journey in the Field of Lung Cancer

Dr. Jeffrey Clarke’s Journey in the Field of Lung Cancer 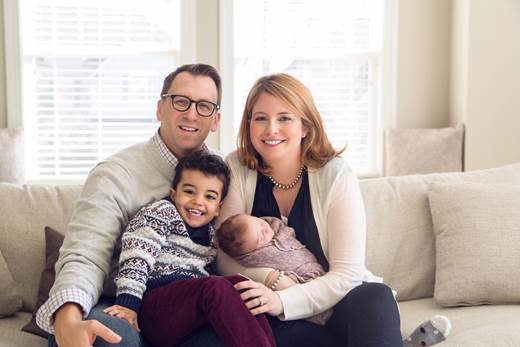 Four-year-old Harrison Clarke likes to tell people what his dad does.  “He tells everyone that I help people’s lungs,” said Jeffrey Clarke, MD, Assistant Professor of Medicine at Duke University Medical Center at Duke Cancer Institute.  While Dr. Clarke said he always knew he wanted to be in oncology, he said it was only a little over four years ago that he stumbled “fortuitously” into the field of lung cancer.

“It’s an incredibly rewarding field to be a part of, particularly because of the patient population that it helps,” Dr. Clarke said.  “I have tremendously enjoyed my relationships with my patients over the past several years. That’s what gets me out of bed every morning – helping serve my patients and forming those relationships.”

Dr. Clarke attended Indiana University for both undergraduate and medical school and said throughout his training he had an open mind as to what type of cancer he would specialize in.  It wasn’t until the end of his oncology training after working with Jeffrey Crawford, MD in his clinic at Duke Cancer Institute, that he began taking interest and working in the field of lung cancer.

“I really enjoyed my time in his clinic,” Dr. Clarke said.  “This was at a time when we were really on the cusp of the immune therapy revolution…  and amidst a wave of targeted therapies that had emerged.”

In 2015, Dr. Clarke was the recipient of a 2015 fellowship grant from the Lung Cancer Initiative to study the immune system in patients that have had their tumors surgically removed.  “At our program at Duke,” he said, “we have an interest in studying the immune system and different types of immune therapy.”

Two years later, Dr. Clarke and his partner, Jennifer Freedman, PhD received a larger grant from the Lung Cancer Initiative and the V Foundation for Cancer Research focused on health disparities in lung cancer.  “The focus of this grant was to look at whether there are differences in genes between lung cancers from Caucasian patients and lung cancers from African American patients,” said Dr. Clarke.  “We found that there are hundreds of genes expressed differently between the tumors, and we found thousands of differences on those genes.”

Dr. Clarke and his team have applied for greater funding to expand this research.    “We hope to dive deeper into all of these genes that are expressed differently to find out how they are different and what the ultimate impact of the differences are in the tumors,” Dr. Clarke said.

Dr. Clarke is hopeful for the future with many new treatment options and tremendous progress in immunotherapy and targeted therapy.  “It is an incredibly exciting time in the field of lung cancer,” he said. “The way we treat lung cancer today is very different than how we treated it a few years ago.”

A Pittsburgh native, Dr. Clarke lives in Durham with his wife Shannon, his four-year-old son Harrison and his eleven-month-old son Elliott

Dr. Clarke is one of nineteen fellows that the Lung Cancer Initiative has funded since 2015.  The purpose of the Research Fellows program is to further the development of local lung cancer care and research programs across the state of North Carolina and to encourage involvement in the field of lung cancer. To learn more about our research programs, click here.