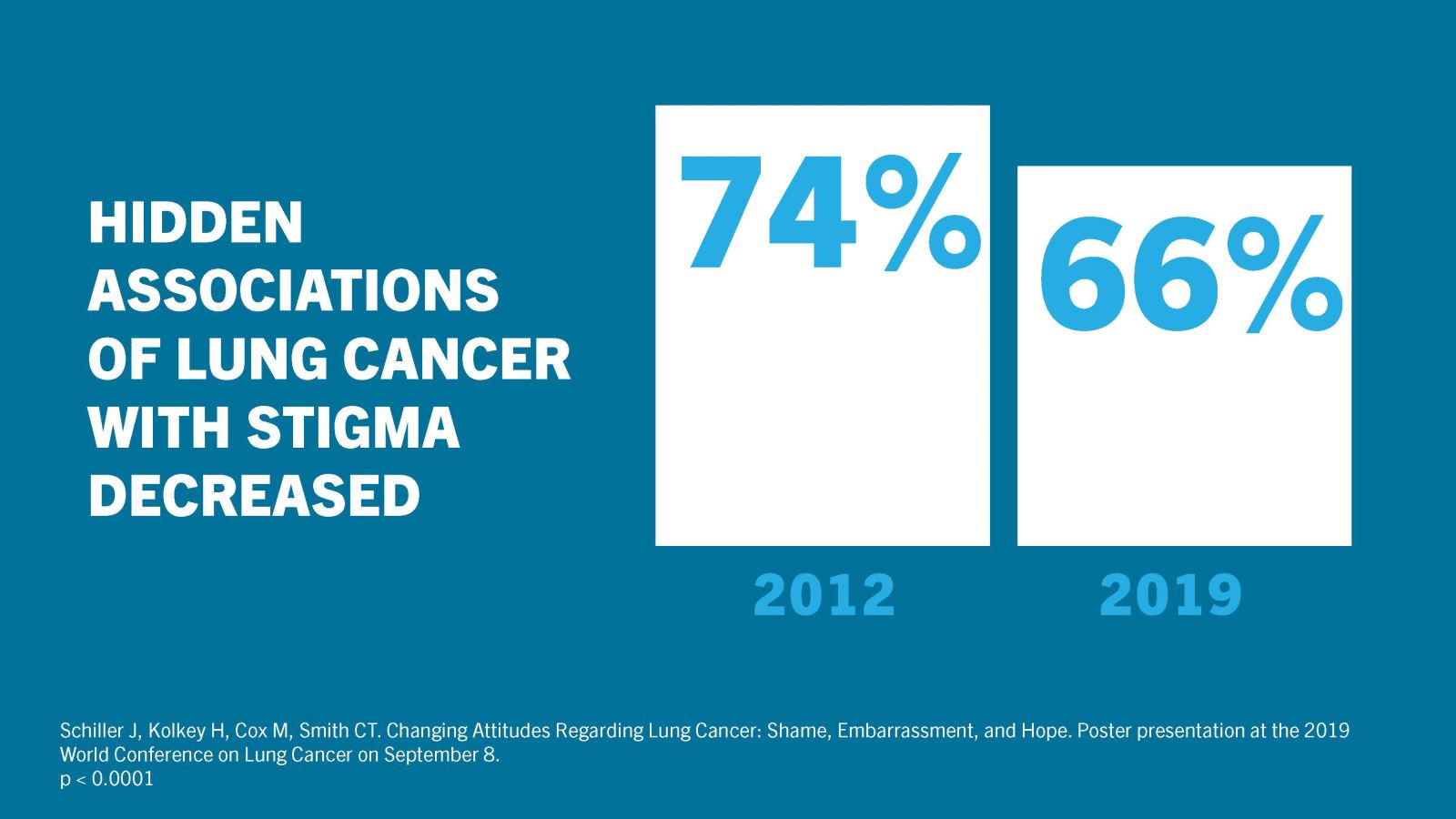 The stigma around lung cancer is a barrier to people getting the treatment they deserve. New research from our partnership with the Lung Cancer Project (LCP) that was shared at the 2019 World Conference on Lung Cancer suggests that attitudes might be changing, slowly, but in the right direction.

LCP was founded by Genentech and the leading lung cancer advocacy organizations as a movement to identify, understand, and remove stigma and other barriers faced by people with lung cancer - so everyone receives the care they deserve.

In 2012, we conducted a study of more than 3,000 people to understand the social psychology of lung cancer in relation to breast cancer.  In partnership with Project Implicit, a team of scientists from Harvard University, the University of Virginia and the University of Washington, we confirmed for the first time that people have a significantly negative, hidden bias associated with lung cancer compared to breast cancer.  The study also revealed that cancer patients, healthcare professionals, caregivers and the general public were equally biased.  These findings have helped elevate the conversation about stigma and how it may impact the lower treatment rates for the disease.

In the interveneing seven years since our first study, there has been increased awareness of lung cancer, as well as screening for early detection and additional treatment options that have increased survival rates.  Due to such positive external factors that could affect perceptions of lung cancer, researchers recognized the need to conduct a follow-up study to assess potential changes in perception. 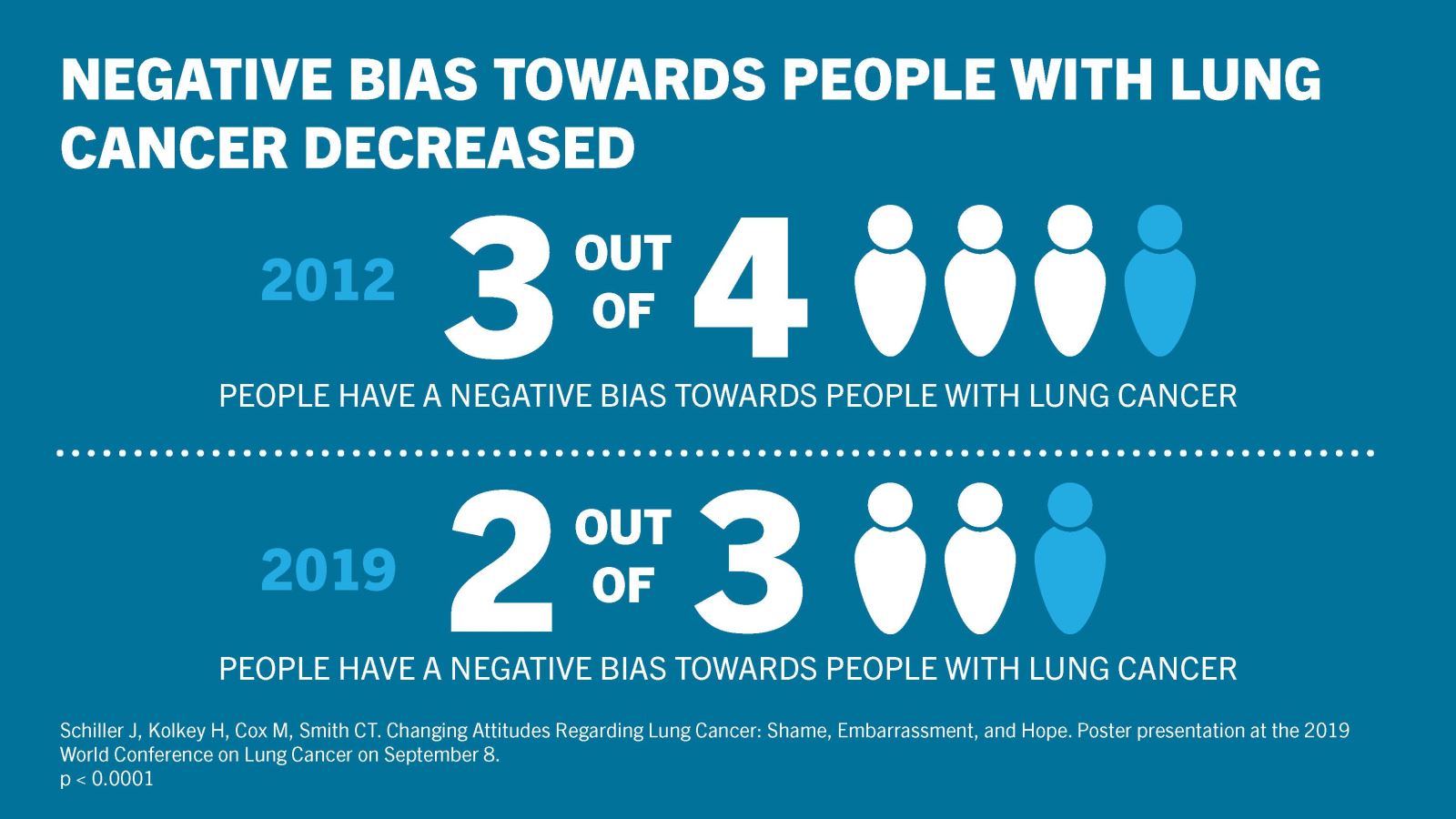 Our new research shows the hidden stigma around lung cancer still exists, but there has been some positive change in the right direction.  In fact, results indicated substantial decreases from 2012 to 2019 in negative associations related to lung cancer.  Prominent evidence in social psychology suggests change in any stigma is rare, so for lung cancer this is all the more important.  Although further research is still needed to understand the causes, it is reassuring that collective efforts may be helping us break down the barriers faced by people with the disease.