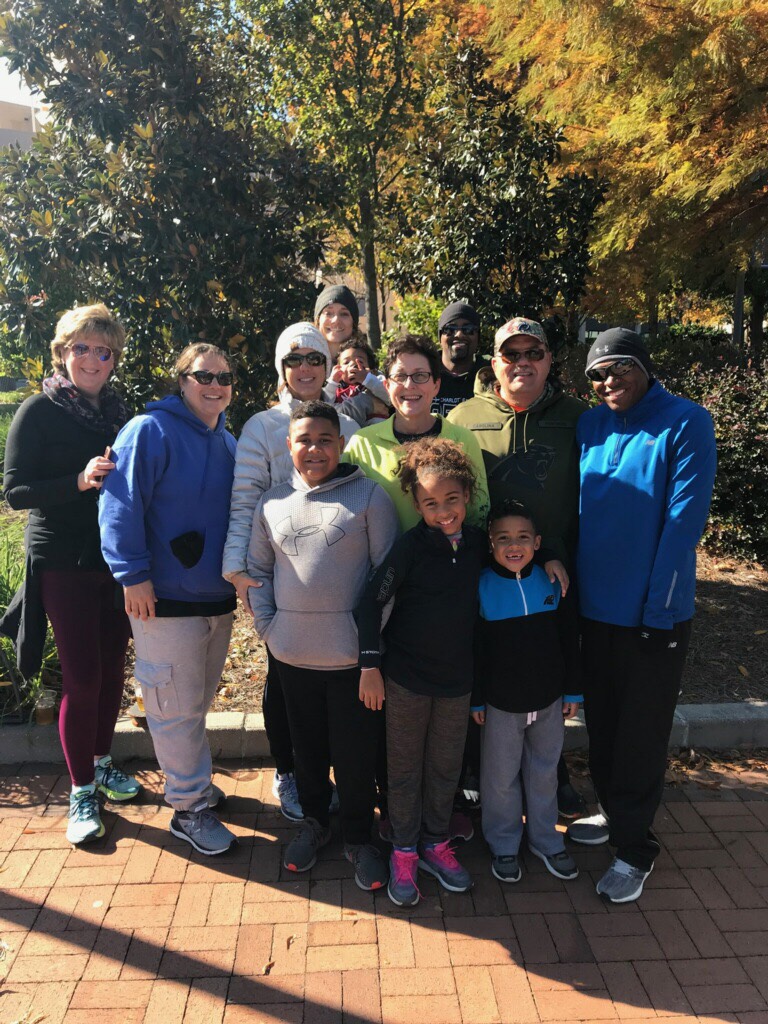 My personal journey with Lung Cancer and how it has impacted my life starts some time before my mother was officially diagnosed with Stage IIIA at 50 years of age on March 17, 2008. It begins in September of 2005. At this time my husband and I made the decision to relocate to Orlando, FL after he completed law school. We decided to leave family and friends to venture off to a new city, new state to try something different. Fast forward a year and we decide to purchase a home where we are involved in the building process. I remember thinking finally, we were grown-ups! We had all our school behind us, we built a house, began to furnish it, life is moving along…Then my husband, ever the over-achiever, decides he wants to practice a different, more sophisticated type of law. In order to do this we need to move back to NC, bringing us to Charlotte by September 2007, to my dismay I must say. I was happy in Orlando, loved our friends, loved our house, loved the beach being only 35 minutes away. I could not understand why we had moved away to establish our life, which by then, I was fully committed (it had taken some convincing and soul searching on my part in the first place). But, I was glad to be back close to my family and friends. Little did I know and understand that God was working in my life in a way to give me peace of mind when I would need it the most and it was all part of His plan for me.

So at Christmas 2007, sitting around after a few days of pot luck meals, stuffing our faces I decided to make a family challenge. I challenged everyone to run or walk the Cooper Bridge 10k in Charleston, SC in April 2008. Several took me up on this challenge and began to train the first of the year. One important participant was my mother. She began walking shortly after the New Year which triggered the pain in her lung. My mom can much better explain all the steps she went through between that point and going to surgery on March 17, 2008. There were a myriad of appointments, different procedures, scans, for me driving back and forth from Charlotte to Winston-Salem to be the ears in a room when lots of medical terms were flying around. Assessing life plans, where everything stands with wills, etc. One can’t imagine or capture the thoughts that go through your mind when you are 30 years old, the oldest sister of four women who rely on you to be their rock and their protector when the woman who means the most to all of you has a severe medical disease that you don’t understand at the time.

Then on the morning of March 17, 2008 my mother entered surgery and later that day was diagnosed with Stage IIIA Lung Cancer. This was a blow that was beyond anything I can describe when you come from a family who loves as hard as we do. It was also the first time in my life I saw my husband weep. I will never forget the image of all of us in a small consultation room comforting each other. Or, the look on my mother’s face as she hears the news that will forever change her life. That afternoon in order to escape the hospital and my emotions I changed into athletic clothes and went on a run. Tears streaming most of the time and not able to catch my breath it was one of the most difficult runs I’ve done. My husband was there stride for stride to support me and hold me close when I finally stopped and the emotions come crashing down.

As I reflected on that time later in the night and days to come I thanked God. Not because of what we were enduring but because He is all knowing and has a pre-determined plan for all of us. Sometimes we don’t listen or understand it but He does. He brought us back to NC. He knew we needed to be close to home as my family endured this fight against Lung Cancer. It allowed me to travel from Charlotte to Winston-Salem several times a month for most of 2008 to spend time at my mother’s bedside or attending appointments to understand what steps we were next.

My mom fought Lung Cancer with all her might, her families might and God’s Grace – going through chemo then radiation for most of 2008. Her body grew frail and weak, at times my Dad carrying her up steps because she didn’t have the strength. But it was God’s plan to test all of us with this adversity and allow us to overcome it. To allow her to beat the cancer, recover her health and strength, and live life.

My story comes back around to running and God knowing that running and Charleston would FOREVER have a place in my heart. As a family we stepped up and started to support the North Carolina Lung Cancer Initiative 5k in Greensboro in November 2008 and have participated every year since, being part of the planning committee in some capacity. Then, my sister, Kari, and I joined the planning committee for the 5k in Charlotte and have participated for the last three years. But, in my life there are two runs that will forever live in my memory (and at this point I’ve run many races). The first took place on April 2, 2011. At only 3 years after cancer my mother and father RAN Charleston Cooper Bridge 10k. This was a first for both of them and a true achievement.  The second, and most important, run took place on April 6, 2013, just days after my mom’s 5-year cancer anniversary, when as a family we walked the Charleston Cooper Bridge 10k. The exhilaration in my mother’s eyes to accomplish this goal was amazing. I can guarantee If you asked any of us back in 2008 if we thought this would happen, although hard to admit, the answer would be no. But yet, we did make that walk that day and plan to do many more in the future.

I wrote the part above in 2014, at the 6 ½ year mark after the initial cancer diagnosis. At that point my mother was cancer free and had moved to annual scans. Fast forward to the summer of 2017 when her scan detected a change in her left lung (the original cancer was located in her right, bottom lobe). As you can imagine the news was terrifying and we didn’t even have any specifics. Step by step we went through each hurdle to determine what, where and the treatment options. It was large cell, different than the first, slow growing and the doctors were split on surgery or not. Ultimately, because she did so well the first time with surgery, recovery and still had such high lung capacity it was determined surgery would be the best option. On September 27, 2017 she went through another surgery - which, it is extremely important to add here, the evolution of technology from 2008 to 2017 is REMARKABLE – robotic arms doing the surgery, much less invasive, overall efficiency – and they were able to remove all the cancer cells.

Again, the presence of God in my life was evident because the same day I was laid off from Wells Fargo I also had a conference call with my mother and sisters to learn the details of the surgery, when it would take place and where. Being out of work during my mother’s recovery allowed me to have more flexibility to be there during the surgery, to help with holiday logistics while she was recovering, make additional trips to Winston-Salem that would not have been allowed. Plus, one of my sisters was on maternity leave during this time allowing her to be there and brighten the recovery time with a new born.

Today, 11 years, almost to the day of the first surgery, my mother is a two-time lung cancer survivor…to the medical world a walking miracle, to us our guiding Starr. We know it is God’s love that brought her through both of the battles, it is HIS love that walks with each of use every day, and His plan that we live out each day. Sometimes we just have to stop and listen and know it is all bigger than each of us. And go for a quick run, you just might be still enough from the hustle and bustle of your everyday life to hear Him. And remember he gives us all HOPE!