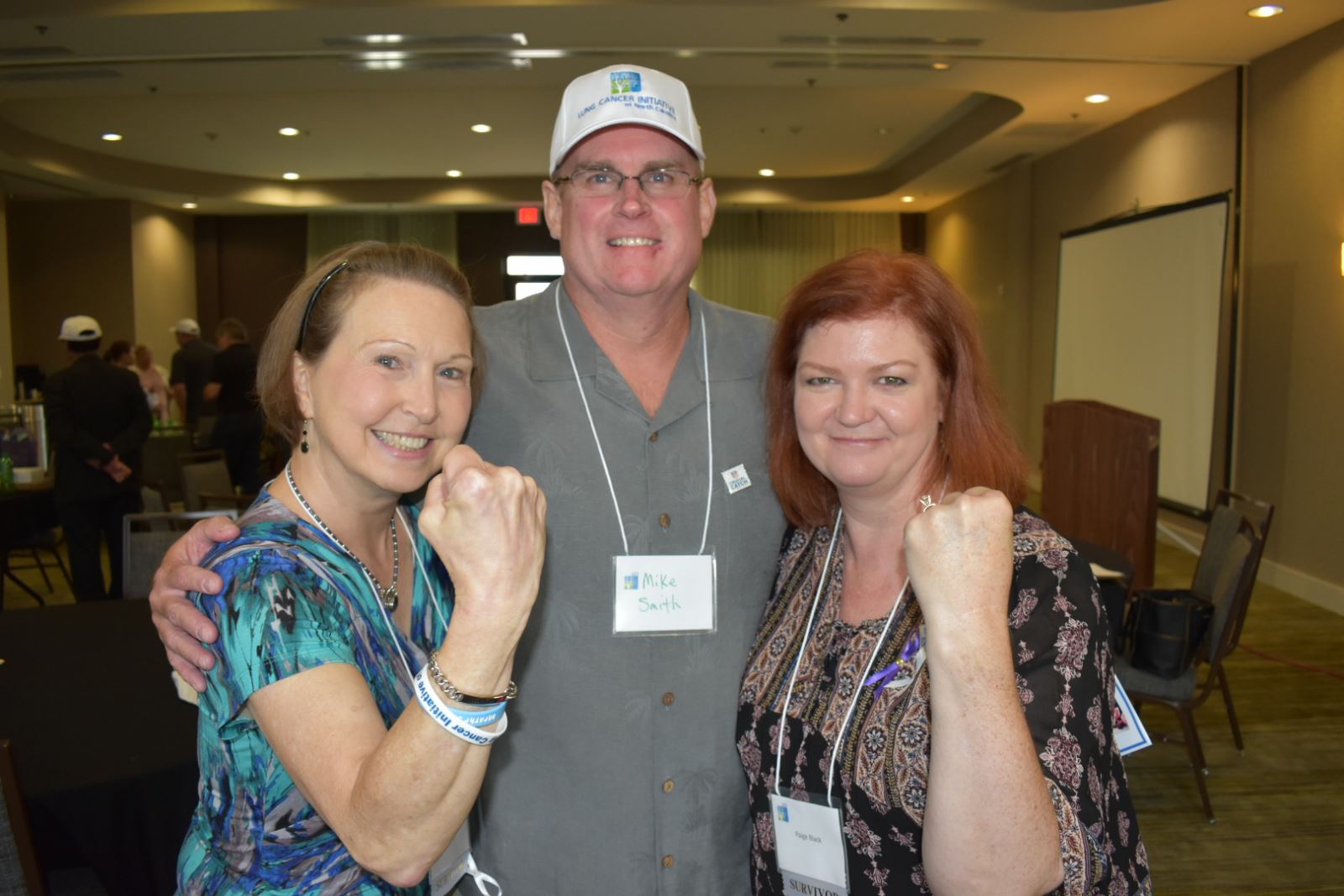 Mike’s lung cancer story starts in 2016.   After experiencing breathing spasms and tightness in my chest along with pain, Mike knew that it wasn’t his asthma bothering him.  Mike began experiencing severe chest pain in July 2016 resulting in awakening in the middle of the night with what was thought to be a heart attack.  After subsequent trips and changing primary care physician, a simple chest x-ray and review of my medical history indicated something else.  Upon further testing, I was informed of a large mass in my right lung which resulted in a positive lung cancer diagnosis confirmed in September 2016.     Shortly thereafter I had a brain MRI and it revealed a tumor near my right ear.  My treatment initially started with radiation on my T2 vertebrae tumor and my brain.  I was also on a targeted therapy Gilotrif.  Though I initially responded well, I developed radiation pneumonitis and several months later a brain edema.  As the swelling in my brain did not respond to steroids, I subsequently had a craniotomy in July 2017 and responded so well that I actually cut the grass the following weekend.  I was in fairly good health until the last few months of 2018 when I developed a chronic cough and wheezing.  I had a bronchoscopy in December 2018 and my cancer gene had mutated.  As a result, I was taken off Gilotrif and was faced with a decision to go on Tagrisso, an FDA approved drug, or potentially a clinical trial.  I opted for the clinical trial drug as I thought it offered me the best chance to continue fighting this horrific disease.  As it turns out, my first scan on the clinical trial drug revealed a 20-25% regression in tumor size.  I believe in patient advocacy and helping others learn through my journey and offer to help mentor other newly diagnosed cancer fighters.