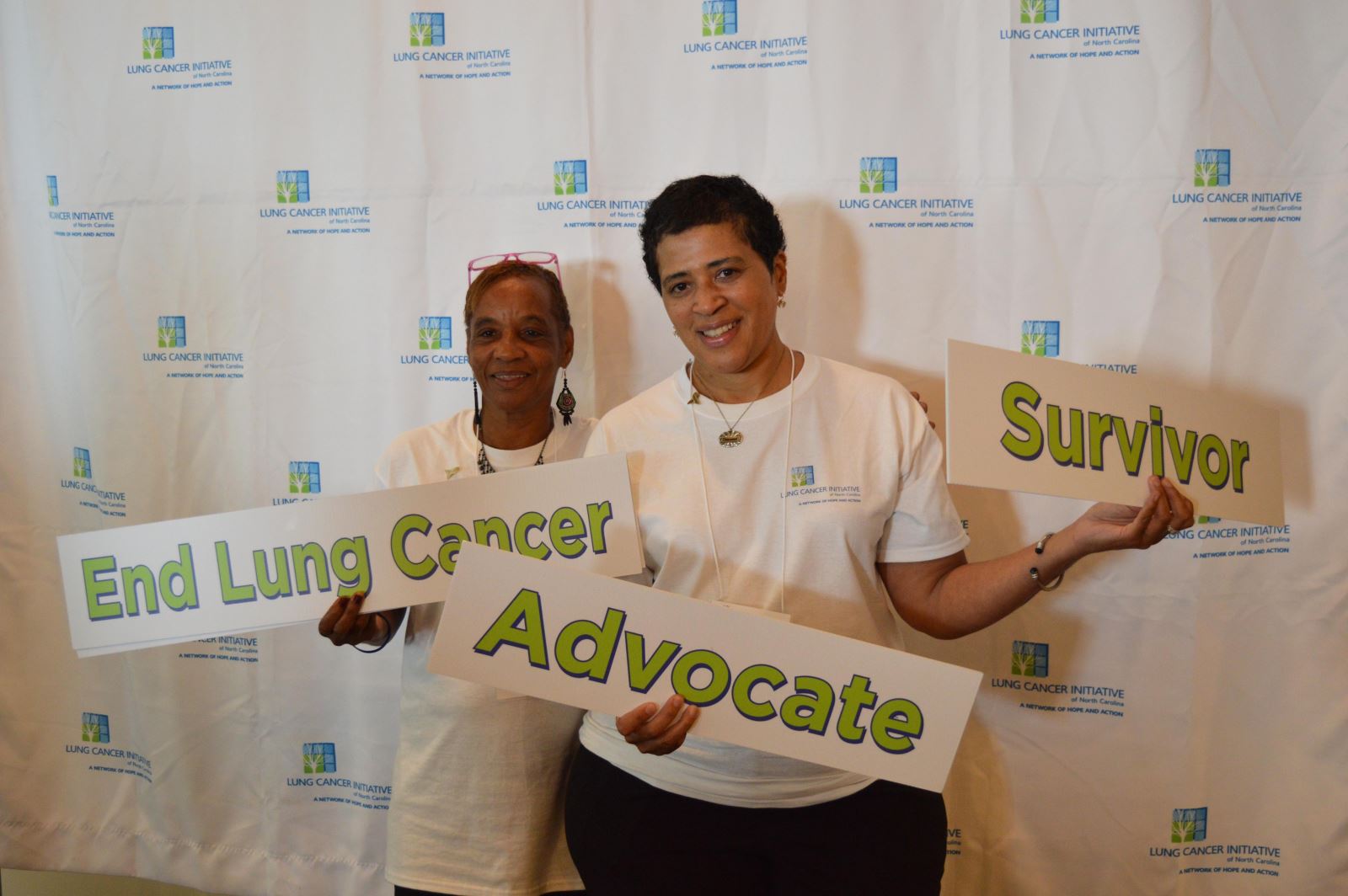 For several months, Lawana Best was told that a persistent cough was nothing more than allergies. However, in September of 2018, six months after the cough began and at the age of 50, she was diagnosed with non-small cell lung cancer.

"I was weak and stopped eating as much," said Lawana. "Although I was weak, I was determined to get answers."

After seeking the advice of several doctors, she eventually underwent a bronchoscopy and was diagnosed with stage IV lung cancer.

"Unknowingly, I believed the myth that you had to smoke to get lung cancer," said Lawana. "I knew that I was going to have to fight."

However, Lawana’s body did not tolerate her bronchoscopy well, so she ended up taking a blood test, which showed that she had an EGFR mutation. After discovering the mutation, she was prescribed a chemotherapy pill, but due to heart issues from her cancer, she continued to look for an oral chemotherapy option that wouldn’t exacerbate her heart condition. Fortunately, the professionals at the Cone Health - Wesley Long Cancer Center helped her find an oral chemotherapy option and work around any side effects.

"Even though I have been diagnosed with stage IV lung cancer, I do not let it define me," said Lawana. "Every day is a gift from God. With prayers, faith and support during the process from family and friends I continue to thank God for giving me new grace and mercy daily.”

Currently, Lawana receives a CT scan every three months and spends her time advocating for others affected by lung cancer. Whether it's at events, the Lung Cancer Initiative Advocacy Summit, the lung cancer survivor wellness retreat, or standing in line at the grocery store, Lawana is always sharing her story of hope with others.