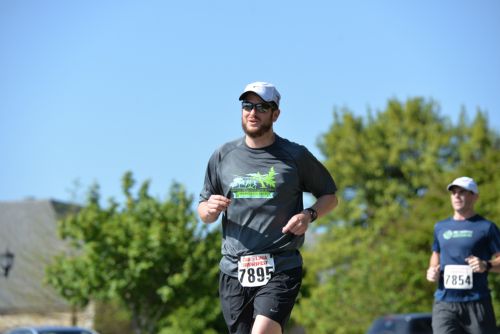 For the average person, running 13.1 miles can sound like a daunting task.  Now imagine running that distance while battling lung cancer!  That is just what lung cancer survivor Rob Youth and his wife Amanda plan to do on Saturday, December 10, 2016.  They plan to run the Kiawah Half Marathon as well as raise funds and awareness surrounding lung cancer.

In January of 2016, Rob was diagnosed with Non-Small Cell Lung Cancer (NSCLC).  Fortunately, he tested positive for the ALK gene and has responded well to targeted therapies, first Crizotinib and more recently Alectinib.   A year ago, Rob could have never imagined that he would have lung cancer.  Like many otherwise healthy people, it can come as a surprise when someone receives a lung cancer diagnosis without being at high risk for the disease.  The truth is, anyone can get lung cancer.

Despite lung cancer being the leading cause of cancer related deaths and taking more lives than breast, prostate and colon cancers combined, there is hope.  Rob is receiving great care at Wake Forest Baptist Hospital and is very hopeful that the rapid advancements in treatment options over the past several years will continue in the future.

We at LCINC are very proud of Rob and hope that his story gives others hopes.  You can support Rob by making a donation or leave an encouraging message on his donation page.