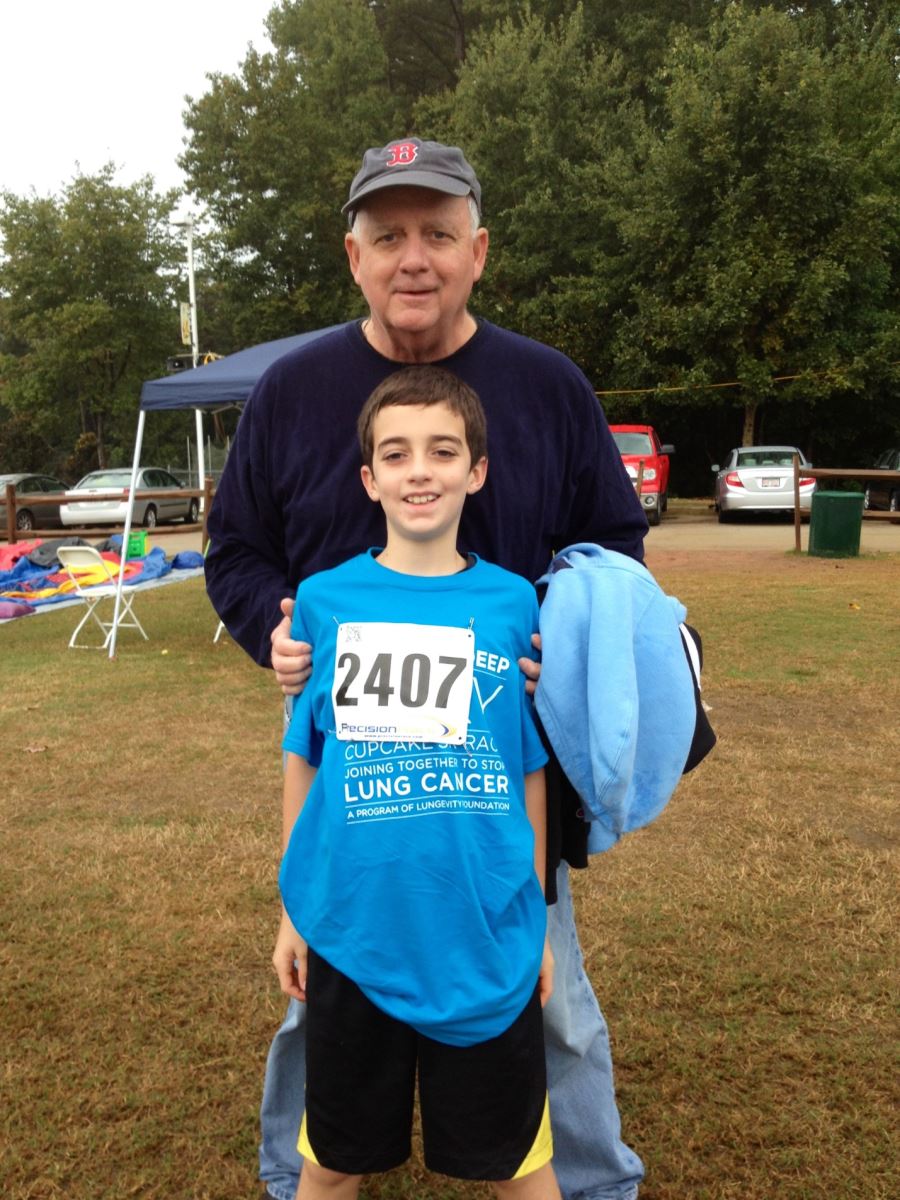 Six years ago I was having trouble with shortness of breath. I went to the ER at the Durham VA Hospital and was told my right lung was full of fluid. The fluid was from an infection. I had never been a smoker so I was very surprised to have any problems with my lungs. Little did I know.  Within days the doctors operated on my lung and drained the infection. After 30 days with drainage tubes in my side and the PICC line in my arm, I hoped that my lung issues were behind me as I resumed a normal life.

Two years ago I began having more lung problems and after several tests the doctors discovered a tumor in the same lung.  Radiation treatments for several months were able to successfully treat the tumor.  Lucky for me, the cancer had not spread. After several follow up check-ups I am doing well.  I am so thankful for the early diagnosis of the tumor by the medical staff at the VA. I have complete trust in these doctors and nurses.
I will not be running the race on Saturday but I will be there, and I will walk.  I will not beat my son's time but I will finish the race. Thank you for all of your work to raise public awareness in fighting lung cancer.
Gilbert Hensgen