Heather's Story
On Her Father 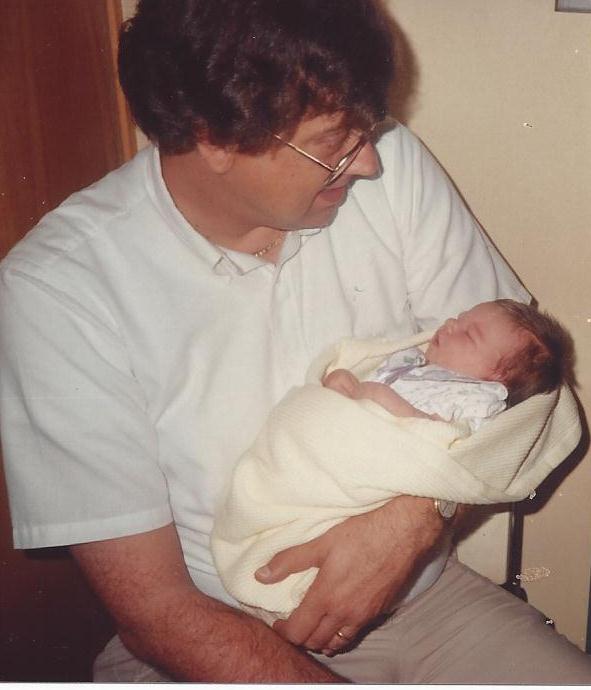 September 19 would have been my dad’s 62nd birthday.  As I think about the past 8 years since he lost his battle with lung cancer, I think about what he would think of this crazy world, how grey his hair would have turned over these gas prices, and the advice he would give me.

He always had good advice.  Like reminding me, “good things come to good people.”  I remember him vividly telling me this when I got my first car.  It was his way of reminding me as long as I kept doing ‘good’ and working hard, good things would come my way.  Or when he taught me and all my friends how to water ski by yelling at us to ‘keep your knees to your… chest’ until we could stand up; most of my childhood friends can still remember that advice and probably still know how to water ski because of it.  And most importantly, ‘not forgetting the reindeer food’ at Christmas.  Each year my dad would dress up as Santa for a few ‘gigs’ around town and I can still hear him saying, “Don’t forget the reindeer food…”

But as I think back – the biggest advice wasn’t what he said but in the actions he took.  He always showed me how important it was to give back to others. This became especially evident after his death when dozens of people came up my family, telling us how my dad had helped them and theirs.  These were people we had never even met and my father had touched them through his actions.  I think that’s why after his death I had to continue to give back, to join the movement against lung cancer. I knew I had to make a difference, not only for lung cancer patients like my father, but for their daughters. So they can have their fathers there to see them graduate college, walk them down the aisle, and see their advice pay off.
For this reason, and for the many other lung cancer survivors and families I have met along the way, I am committed to this organization.  For me it’s not just a job; it’s personal.   I invite you to join me on November 2 for the Lung Cancer Initiative 5K in Raleigh OR on November 9 for the one in Greensboro.  I will be at both and would love to have you by my side.
Sincerely,
Heather Gill Hooper
Director & Lung Cancer Advocate
Lung Cancer Initiative of N.C.
More Stories of Hope & Action