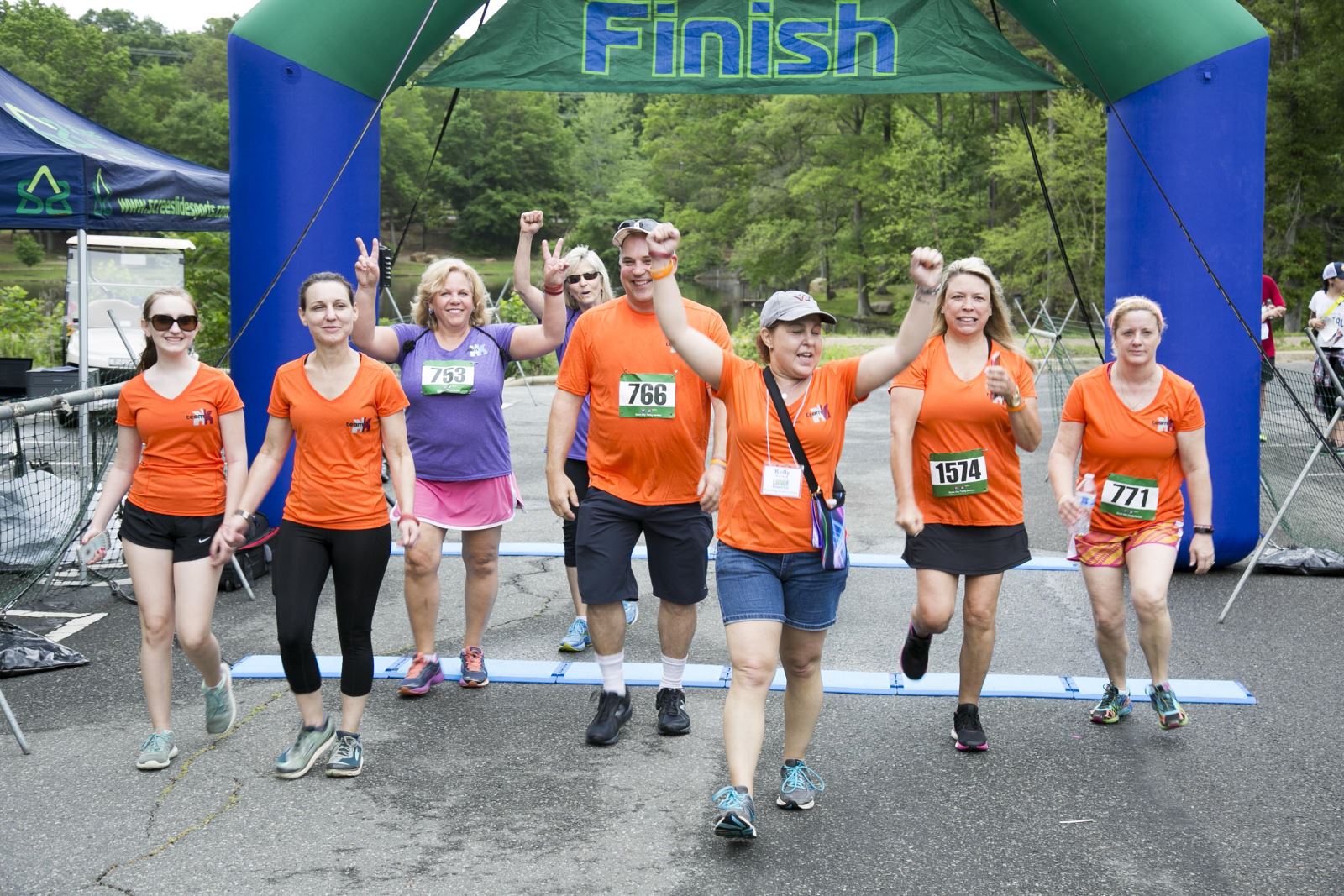 My name is Kelly Keesling and this will be the fourth year that I will walk in the LUNGe Forward 5K as a lung cancer FIGHTER.

In December 2015, I was diagnosed with stage 4 metastatic lung cancer. Yes, stage 4. The worst one. I have never smoked or been around any fumes or smoke for any sort of time, so for the first month of "just having a cough," the doctors kept treating me for pneumonia. Well, it turns out that it wasn't pneumonia, it was non-small cell lung cancer, caused by a gene mutation. Nothing that I did or anyone else did caused it. It just happened. And it's incurable.

Lung cancer is hard to detect because the symptoms mimic other, minor illnesses. So by the time it is diagnosed, it has usually progressed to stage 4. In my case, stage 4 means that the cancer is not only in my lung, but it is in my liver and my spine and other places as well.

Since January 2016, I have gone through tests and scans, chemo that worked for a short time (and made my hair fall out...); I've tried immunotherapy and targeted therapy (one worked for a few months, the other made the cancer in my lung much worse); and I've had high powered radiation on my lung. I was on a chemo drug (Alimta) that kept my cancer stable; (which in this case is a good thing) for about 18 months. Since June 2018, I have been on a targeted therapy pill (which targets the cancer cells only). So I have CT scans to check the status of the tumors about every three months. I have MRIs on my head about every six months to be sure the cancer hasn't spread to my brain - because the CT scan can't be done on the brain, and the targeted therapy drug, crizotinib, does not break the blood-brain barrier. I will be doing some form of this for the rest of my life. Unless a cure is found for lung cancer.

Everyone's cancer is different, every mutation is different (I am ROS1+, which is rare), and everyone responds differently to the therapy and drugs and radiation, so it's really trial and error. The more options/therapies we have, the better. These therapies could work for months or years. Fortunately, I still have a lot of options because I am healthy (besides the lung cancer thing, of course lol). I am still young (relatively speaking), I am stubborn and a fighter, I am also positive, have faith, and have the best group of supporters and encouragers EVER. I have prayer warriors all over the world - it's been an incredible journey full of BLESSINGS. (Yes, you heard that right!) If you want to know more about my story, please check out my blog.

We are extremely saddened to say that on May 30, 2019, Kelly lost her battle. Kelly’s leadership of the Charlotte LUNGe Forward 5K event and fundraising has made a difference in the fight against lung cancer. Kelly impacted many people with her advocacy efforts and she will be missed.