Khaki's Story
On her Grandfathers

?
When my grandpa Norb was diagnosed with lung cancer, I was seven years old.  I didn't understand much about it at the time, of course, but I clearly remember the palpable helplessness that engulfed my family and the fact that no matter who I asked, no one said Grandpa was going to make it.  I remember being told he had a 1% chance. My aunts and uncles took us grandkids sledding to get our minds off of it, but what I really remember about the snowy hill outside the hospital was feeling small and helpless.

Well 1% is not a lot, especially not for a man who’d lost his wife six months prior and was still reeling for it.  It certainly didn’t help that he had smoked since his youth, when a nurse had given him his first cigarette, while he was in the hospital, to "calm his nerves."  And I'm sure no one would be surprised to hear that he didn't make it more than a few months.

Most people say they don’t remember much from when they were six, but I remember him: I remember a man who loved nature - who knew exactly the right time to pick raspberries; who planted so many apple trees that his wife called him Johnny Appleseed; who called all of the tools in his shed "Gizmos" when he couldn’t remember their names; and who once told me, jokingly, that if people got hungry enough, they would eat grass (I yelled, "I would never do that!" to which he replied with a chuckle, "Well, Khaki, you’ve never been hungry enough." I was stumped by that). 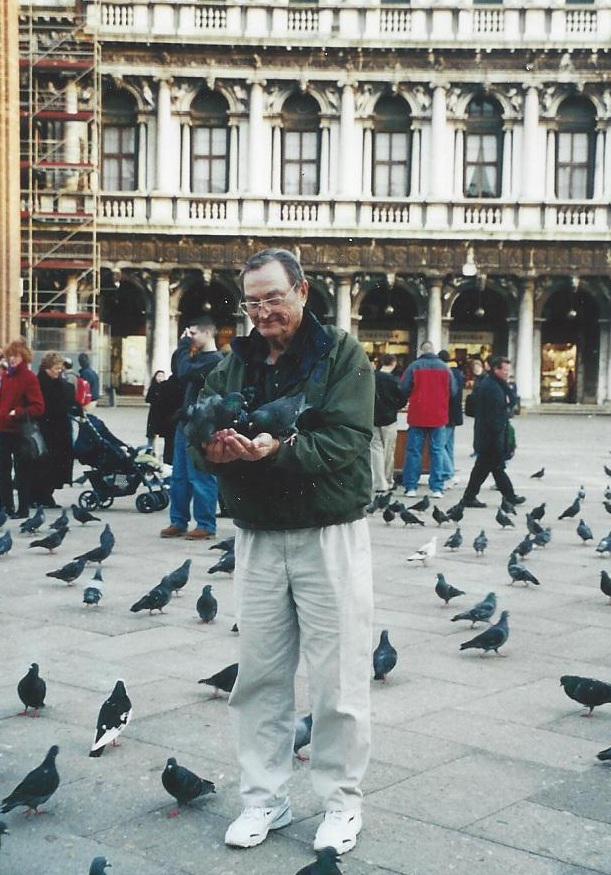 It was much later that my grandpa John, my mother's father, was taken by the same disease.  This time I was 22.  The craziest thing about the second go-around was that I simply couldn't believe anything could take that man down.  He'd gotten over Guillain-Barré (French Polio) and prostate cancer; he was the toughest, smartest man I'd ever known; and he was stubborn as a mule.
He and I shared a zest for learning and loved doing crossword puzzles and discussing trivia of all kinds – particularly American history.  He was a large-animal veterinarian who put his family before everything, and although he was not an overtly emotional man, he spent his entire life making sure his family was provided for, even after he was gone.  He also happened to be the biggest advocate for non-smoking you could find.
But lung cancer doesn’t discriminate: a 15% 5-year survival rate is a hard number to beat.  But to his credit, though they gave him six months, he took back another year and a half.
It's been three year this May, since he passed, and I hear his voice still.  There are times I still think, "Grandpa would know the answer to that," and remember I can't ask.
When I got the chance to work for this organization, it felt like far more than just a job opportunity.  It felt like a calling – like I could make a difference.
So I don’t just manage the Raleigh 5K - I participate.  For Grandpa Norb, for Grandpa John, and for me.