Melissa's Story
On her Father 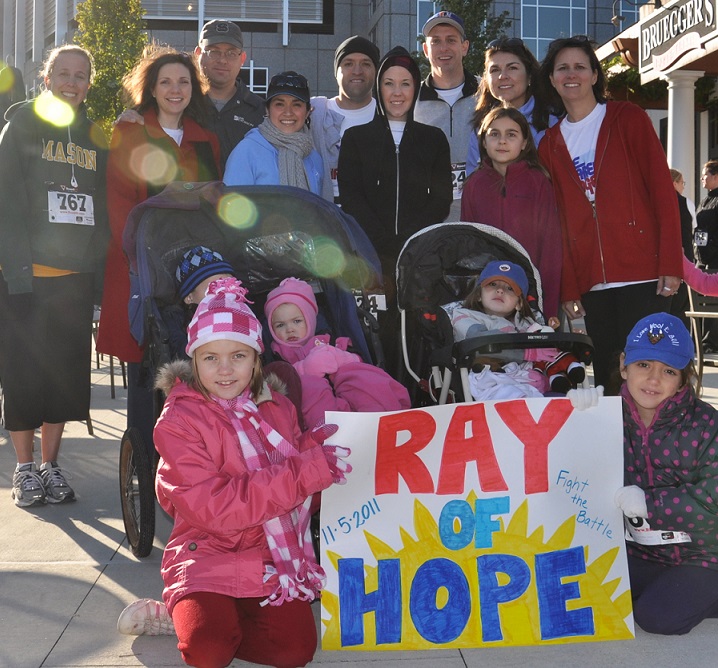 ?My dad died at the age of 56; he was a husband of 35 years and a father to three children. He lived for 18 months after receiving his lung cancer diagnosis before dying on Christmas Eve of 2004.  His cancer was not found until it was stage IV with brain metastasis. He was misdiagnosed for several months due to being a non-smoker and not considered likely to have lung cancer. Once the cancer was found, he began a grueling courses of surgeries, chemotherapy, and radiation. Through it all, he kept his spirits up. He even continued to work until his last hospitalization.

In between his treatments, he made the most out of his good days. He attended the Army/Navy football game in the bitter Philadelphia cold to support his son, Matt, who was attending the US Naval Academy (Go Navy! Beat Army!). He flew to New Orleans to surprise his other son, Jason, on his 30th birthday. He went to concerts and plays with his wife, Estella; he traveled to Texas to visit his family; and most importantly for me, he saw his first grandchild, and my daughter, Elizabeth Tanner, who was born two months before his death.

It is because of my dad that I participated in the Raleigh 5K in 2010. I decided to fundraise then as well by asking family members to support me. Amazingly, that simple request raised almost $1,000!
The following year, I named my team, Ray of Hope, after my father, Ray. Our team of friends and family joined in the spirit of the 5K and we raised over $2,000!  Team Ray of Hope gathered again for 2012 and this time we raised over $5,000! You can bet we will be there this year too.
I do this with the hope of decreasing lung cancer deaths and spreading awareness. For me, it is especially important to spread awareness that non-smokers can get lung cancer too because that is my dad’s story.
Team Ray of Hope is for my dad and for Hope.
Melissa Tanner
More Stories of Hope & Action