Misty's Story
On Her Mother 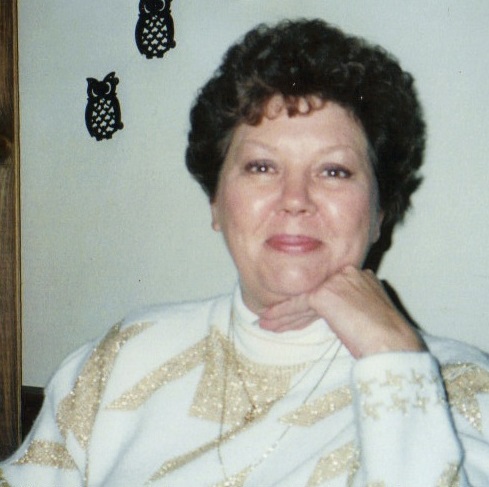 My story is about my mother, who lost her battle to lung cancer on December 5, 2004.  I was 21 at the time, I had just started my first “real” job and my life was just beginning.  Then I got a call at work that my mom had been taken to the hospital.  When I got to the hospital they had already started running tests; they weren’t quite sure what was going on yet but they suspected it was cancer.  They requested a PET scan and that’s when it was confirmed my mom had stage IV lung cancer.  The doctor broke the news to my mom and our family that she had only 2-4 years to live, if that.  I broke down right there in the hospital: how does this happen to a healthy 59 year-old woman?  Sure she smoked cigarettes, but other than that she took care of herself, and always went to her yearly checkups.

My mom was never given the option to have surgery, the doctor told her he was afraid to open her up for surgery that it could cause the cancer to spread throughout her whole body.  So instead she did chemo and radiation.  I remember her being so sick and not being able to even get out of bed after most treatments.  Many sessions later, the doctor told us that the chemo and radiation had worked on her lungs but the cancer had now spread to her brain and stomach.
She started going downhill around October.  We knew the time with her was getting shorter and shorter.  By the end of October she was in the hospital more than she was home and shortly after she was moved into the Hospice unit.  She fought as long as she could, and trust me she was a fighter, but unfortunately she lost her battle on the morning of December 5, 2004.
I will never forget the day or the months leading up to her death.  I am thankful for those months because we grew so close and it made her passing just a little easier.  I will also remember my mom never being ashamed of losing her hair and she would always tell people she had cancer and to please pray for her.
I wanted to share my story because I am now 30 years old.  I have since gotten married and have my own child and I now understand the love and fight my mom had in her.  I feel as parents we will do anything to protect our children even if it means to fight for our own life just to be with our kids or loved ones one more day.
- Misty
More Stories of Hope & Action