The Importance of Caregivers

In honor of Valentine’s Day, we would like to recognize the important role loved ones play in our lives.  Caregivers can come in many different ways, spouses, friends, family members, or even volunteers just to name a few.  Today, we are recognizing one special caregiver.  Survivor, Justin Brian Nicholson, gives us an inside look into the important role his wife has played in his journey. 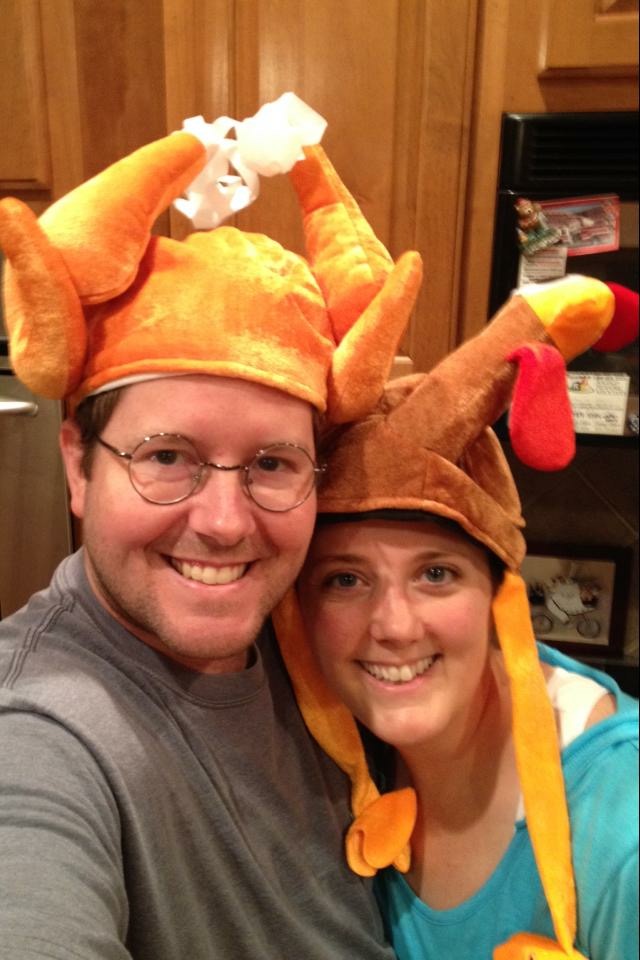 Caregiver.  That word seems woefully inadequate to describe the role.  My wife, Angela, has been my primary caregiver since we heard the word “cancer” in June of 2014.  I was an active 36 year old father of two, and among the list of concerns for me, lung cancer did not even register.  I was in the best shape of my life, except for an annoying cough that would not go away.  As I navigated doctors, ruling out adult asthma, allergies, and everything else, my cancer was continuing to grow and spread.  Eventually I went for a CT scan; things happened very quickly from there.  A surgical biopsy confirmed the worst, and a surgery was scheduled as soon as possible to remove the lower lobe of my right lung.  That is how our journey began.

I would be remiss here if I failed to mention all the caregivers I am lucky to have.  It is too much to list all the family and friends, nurses and doctors, and random strangers that have touched me over the last two years.  I have said many times if you think no one cares about you, and you are alone in this world, then you should develop cancer.  The sincerity of everyone around me has been a humbling experience.  I am truly blessed to have so many supporting me along the way. 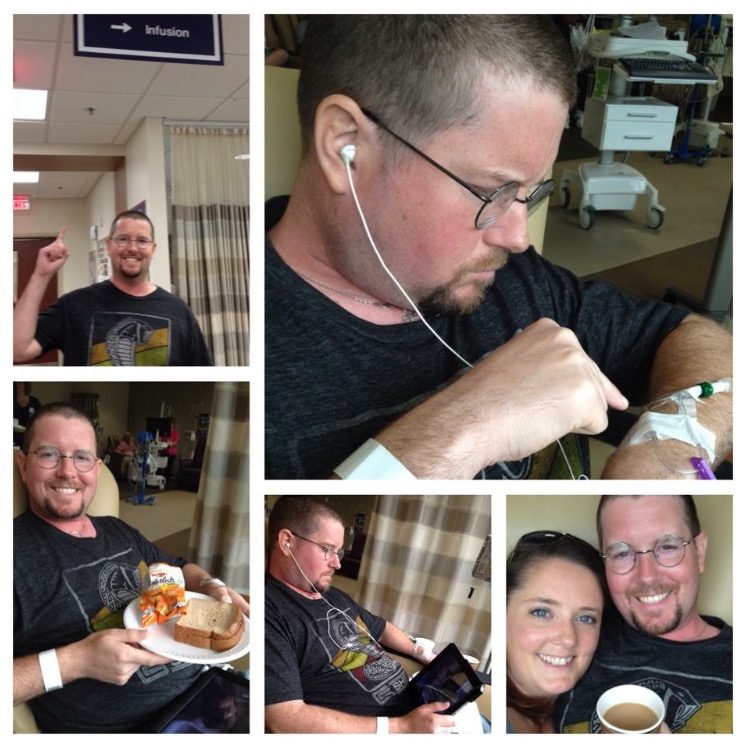 But it is Angela, more than anyone, who has been with me every step of this fight.  In many ways it’s tougher on the caregivers.  What does it even mean to be a caregiver?  Well, Angela has become a part time doctor/nurse, learning four syllable medicine names, and then the actual name they are called (why do they do that??).  I would never be able to keep straight the prescriptions, doses, schedules, and purposes without her.  She is a part-time psychologist, patiently helping me stay focused and positive.  She is a coach, gently pushing me to stay active no matter how down I feel, and helping keep me strong so we can tackle each round of chemo and surgery in the best shape possible.  She is an advocate, not just for me but for lung cancer patients everywhere.  Before I was even healed from the first surgery, she was already involved with the Lung Cancer Initiative of NC.  I cannot describe the pride I feel from her involvement with this wonderful organization.  From fundraising to working on the annual gala, she has found an outlet to help her cope while making a huge impact.  As usual, even her coping is selfless.

It would be wrong for me to say everything about my fight has been negative.  In many ways Angela and I are closer than we ever could have been before this experience.  We have certainly had expensive dates, but I cannot remember any of them as well as our “chemo dates” at the infusion center of Duke Raleigh.  One day every three weeks is spent eating our grilled cheese sandwiches and streaming Netflix together.

Five surgeries and one and a half years of chemo later, I still have no idea how my journey will end (but none of us do really).  But it is extremely comforting knowing that Angela will be beside me the entire way.  I have joked that when she said “for better or worse, in sickness and in health,” little did she know the “worse” and “in sickness” would be front loaded! 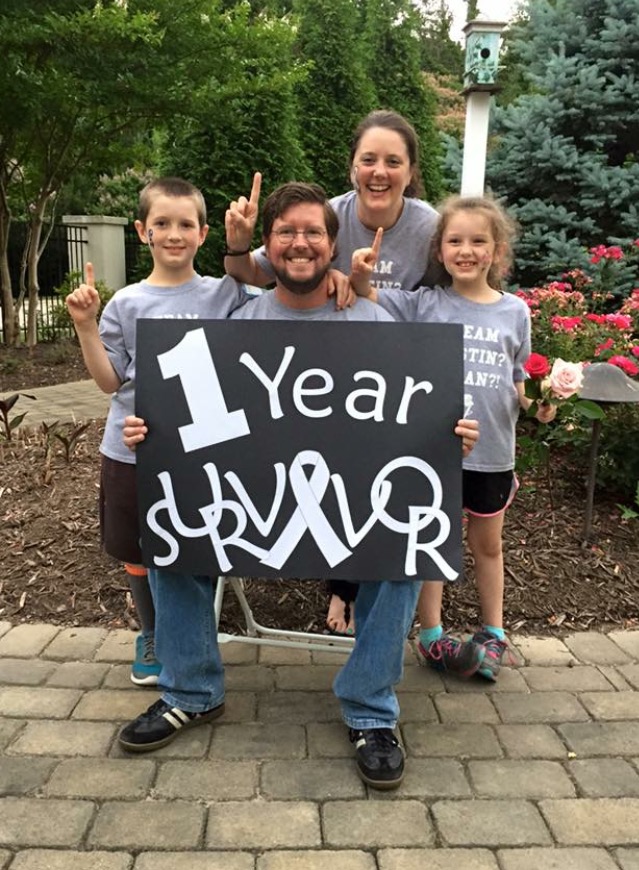 I could not possibly compensate her for what she has already done, but I am praying for the chance to try.  I want to thank the Lung Cancer Initiative for everything they do, and giving me a platform to publicly thank my wife and caregiver, Angela Nicholson.  Our journey has been filled with every emotion humans can have, and we will continue to share them as long as we can.  In the end, what more could any of us wish for?

If this story has touched you, we hope that you will also get involved and help the many people facing lung cancer here in North Carolina.